Ostia: Port of port of the Tiber in the Tyrrhenian Sea, the connection between Rome and the rest of the world , the first river port in Italy. Then the story ran its course : the invasions, the change of scenery (once the Tiber skirted the entire north side of Ostia) and the decline of the commercial port led to the abandonment of the territory of ancient Ostia, whose evidence of life in ancient times had been buried for centuries, beautifully preserved in the sand. And so we were led to the wonder which is Ostia Antica one of the best examples of an ancient Roman town. 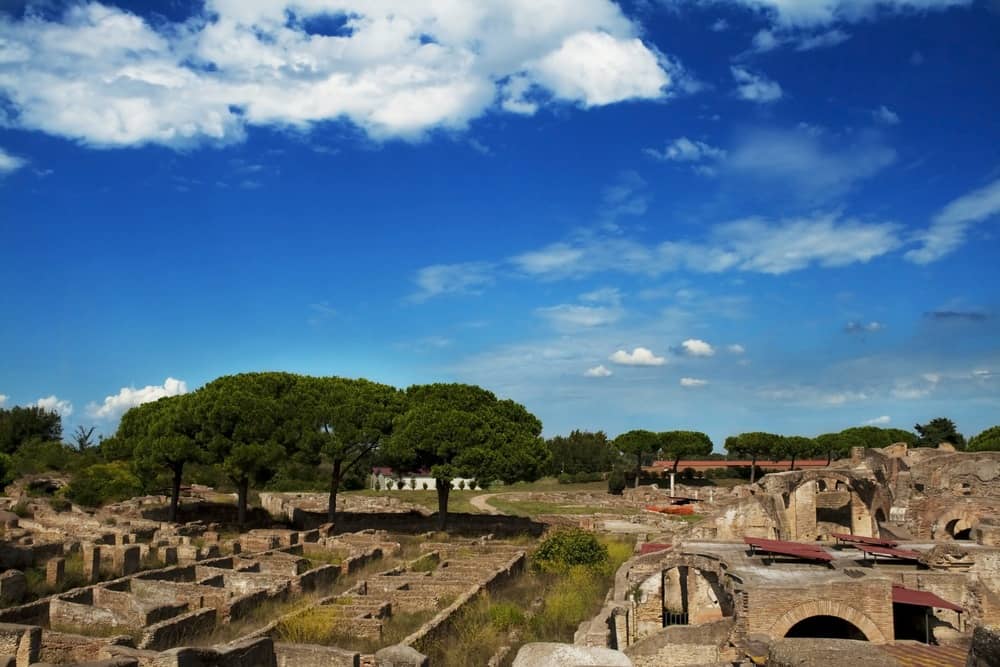 The excavations of Ostia Antica have brought to light much of the city (which extended over 69 hectares) and witnessed an immediate multi-ethnic and cosmopolitan city . Travel and trade, goods and people, a city that was the backdrop to the meeting of different cultures and races. Ostia turned out to be the scene of many different religions. Startng from the gods of the Roman Pantheon, to the Egyptians (Isis) and Persians (Mithras), up to the Jewish ones, the excavations of Ostia Antica tell us the story of each one of these places of worship. In 1961, under the direction of Maria Floriani Squarciapino , Superintendent of the Archaeological Superintendency of Ostia, the oldest synagogue in the Meditteranean was brought to light. 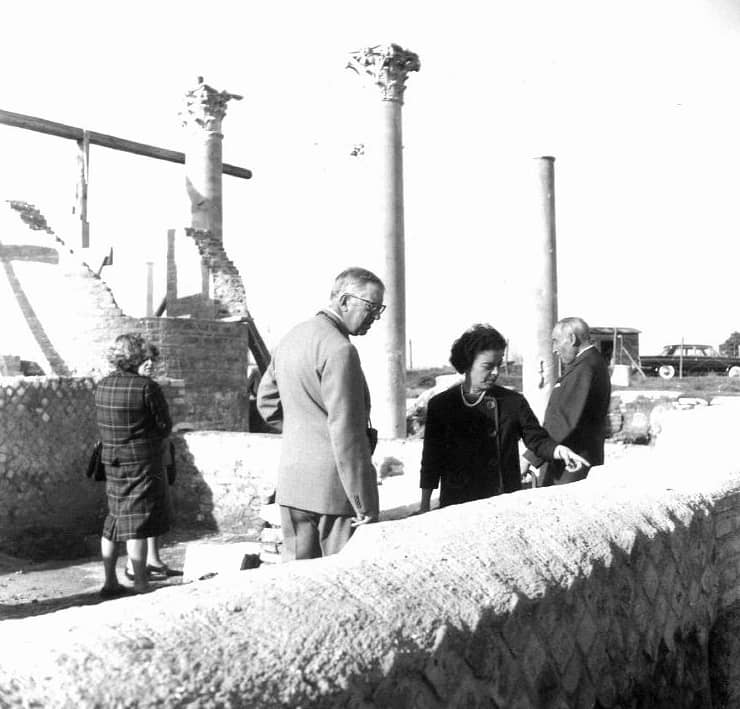 It is in 1961 that the oldest synagogue in the Meditteranean was brought to light, giving us evidence of the ancient Jewish community of Ostia. Synagogue as a translation of the ancient greek “place where you are together “, an essential community center for Judaism in which worship, studying, reading and teaching of the Torah all came together.

The construction of the Synagogue of Ostia dates from the middle of the first century AD, probably contemporary with the necessity to meet the needs of the Jewish population, which increased as a result of the construction of the port wanted by the Emperor Claudius ( 41-54 AD ) and the trade that ensued.

The synagogue overlooks the beach, and is formed by a large room with a pulpit for the readings of the law facing east -west; the shrine of the Torah is preceded by columns that carry the lintel depiction of the seven-branched candlestick. Neighboring is the utility room with the oven for the preparation of unleavened bread.

Over the centuries, it has been enlarged (Plant in the upper left corner) and it arrived at its form today (Plant at the bottom right). 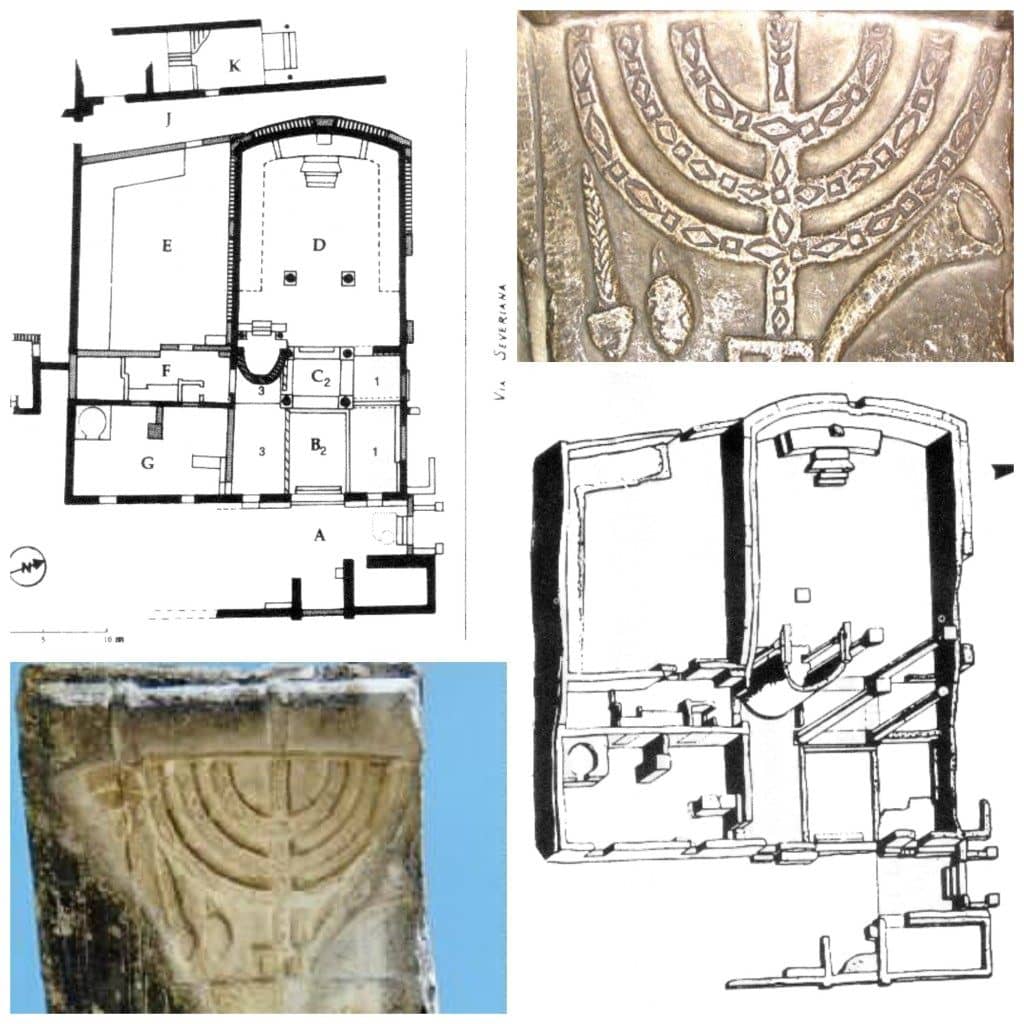 To have a viewing of the Jewish memorabilia and symbols extracted during excavations, just arrange a visit to Rome’s Jewish Museum. Here is the information to visit the excavations of Ostia: Ostia Antica – Via dei Romagnoli, 717 – tel. 06 / 56.35.80.99 – Admission: € 8 full – € 4 reduced – Closed on Monday – Website: www.ostiaantica.net Email: ssba-rm.osan@beniculturali.it 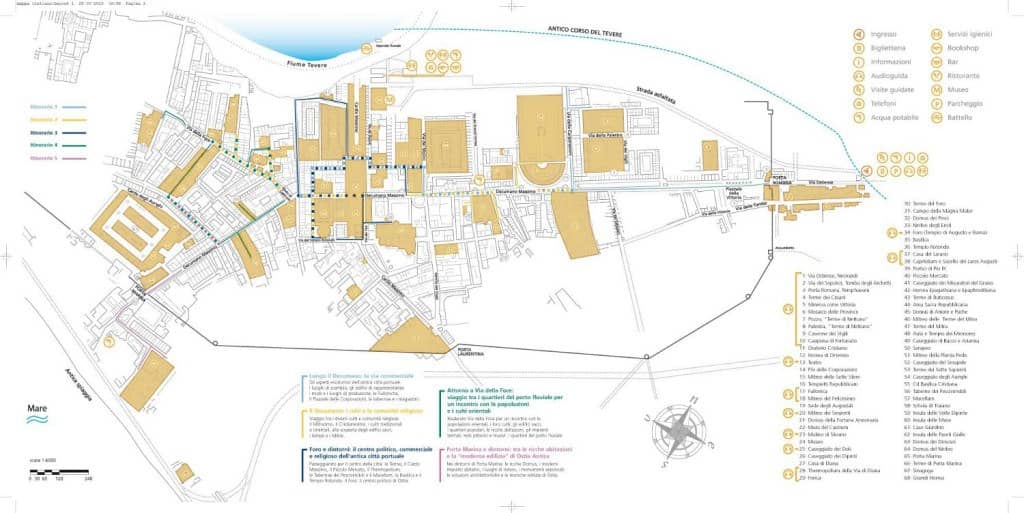 One thought on “Ostia’s Synagogue, the Oldest in Europe”

By browsing this site you accept our privacy policy.OkPolicy