The Israelite Hospital in Rome has celebrated its 100th anniversary, but it’s roots go back centuries. To comprehend the history of this hospital, we have to take a long step back all the way to the Renaissance, when mid ‘500’s, Pope Paul IV introduced many rules and prohibitions for the Jewish population of Rome. He ordered the creation of a ghetto where he could confine this community, at the time the ghetto housed about 3,000 people.

The restriction imposed on the Jews included some which regarded the health sector; the density of the population in such a restricted area, and the fact that they were so near to the Tiber river did not create ideal hygiene conditions. Nevertheless, the Jewish community was able to maintain sanitary conditions similar to those of the rest of the population because even though they were not allowed to build hospitals, they had a good attitude towards medical care. A few years later, the first Jewish Charity was created, aimed to provide health care to the Jews who had been excluded from public hospitals.

The work of medical care and shelter to sick and elderly people had been carried out by Jewish fraternities and associations until about the end of the nineteenth century, when permission was finally granted for the establishment of a Jewish hospital near the Isola Tiberina.

These were the first steps towards the creation of what will later become Rome’s Israelite Hospital. In 1911 it was finally opened thanks to the work of Pellegrino Ascarelli and Angelo Tagliacozzo, as well as the donations of many benefactors. Over the years the hospital has expanded and took an important role in Rome’s health system. 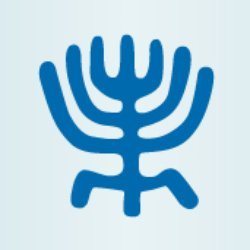 The Israelite Hospital in Rome is an important point of reference for the health of Rome. It is part of the health care system of the Lazio region and makes a million a year on health care for every type of disease. In particular, it has been recognized for its excellence in geriatrics and hand surgery.

While the first structure was opened on the Tiber Island, there are now three different locations. The Israelite Hospital in Rome now offers over 120 beds and home care to about 80 patients suffering from cancer.

Within the hospital every citizen is taken care of equally, regardless of race or religion; but it is particularly important for the Jewish community since all of the Jewish precepts are respected within the hospital walls. Among these are a series of dietary laws, such as the mixing of milk and meat during meals, eating pork, and consuming unleavened products during Passover. The application of Jewish laws within the hospital allows Jewish patients to feel at ease without the fear of breaking their religious precepts.

The Jewish dietary laws are applied to all meals distributed in the hospital, even to those destined to non-Jews. The precepts of Judaism are based on eating in a healthy manner and, according to many schools of dietetics, is correct from a nutritional standpoint; for example avoiding mixing dairy and meat facilitates proper digestion and, according to some, it also helps you stay in shape. The hospital is available for appointment bookings on Sundays, a very practical option for those who have difficulty travelling to the hospital on weekdays. But be sure to always check the hospital’s calendar to be certain it isn’t closed for a Jewish holiday!

If you happen to be admitted (we hope not) to the hospital and don’t want to give up BellaCarne’s kosher cuisine…please always keep in mind that our Menu is available for take out!

This site uses cookies to improve your experience while browsing the site. Of these, the cookies classified as necessary are stored in your browser as they are essential for the functioning of the basic functionality of the website. We also use third party cookies that help us analyze and understand how you use this website. These cookies will be stored in your browser only with your consent. You also have the option to disable these cookies. However, disabling some of these cookies may affect your browsing experience.

Required Always Enabled
Required cookies are absolutely essential for the website to function properly. This category only includes cookies that guarantee the basic functionality and security features of the website. These cookies do not store any personal information. You can set your browser to block or have warnings about these cookies, but as a result some parts of the site will not work.
Advertising
Advertising cookies are used to deliver relevant ads and marketing campaigns to visitors. These cookies track visitors to websites and collect information to deliver personalized ads. They are not necessary, but they allow us to offer you content that is closer to your interests.
Functional
Save & Accept